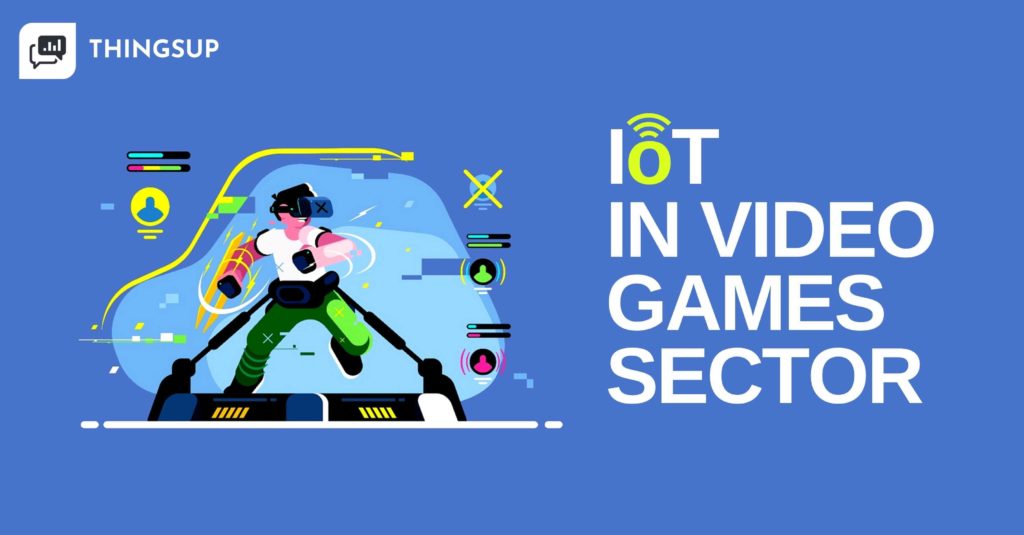 IoT Tracking Sensors and Other IoT In Video Games Sector

The Internet of Things has a clear-cut objective under its sleeve. That is, to revolutionize every industry it touches. IoT tracking sensors are becoming the norm in everyday applications. So, you might be wondering what impacts it has on other sectors. Like the video games sector, for example.

A decade or so, we used to play games in a nearby games center. But, with the boom of internet usage, everything changed forever. So, in this blog, we will discuss what changes the internet and the IoT brought into the gaming sector.

Ways in which IoT changed the gaming industry

You probably already know this. But, let me just say that most of the gaming happens through mobile phones. The advent of smartphones with smart sensors made a significant impact on the video gaming sector. It is the most affordable option when compared to Nintendo Switch, PlayStation, etc.

One of the most excellent examples of IoT in mobile video gaming is Pokémon GO. Everyone was holding a mobile phone like a gun when the game rolled out. The game used both AR and IoT to provide a better understanding of the environment. This helped them find cute and fierce Pokémon in an augmented reality world. Interacting with real-life players and objects inside the game is what made the game a huge success.

Imagine bringing a person, from 2005 to 2021, to play a VR game. It will be utterly confusing for them. But, VR, AR, and IoT tracking sensors merging into one created a massive change in the video gaming industry. This gave us a new term called mixed reality. Where we could use dedicated IoT devices to track our real-life movements. These movements reflect our character’s movement in the game world.

Initially, the Bluetooth game controller is what took the lead. But IoT devices managed to integrate Bluetooth as well. Thus, we were able to control using our gestures. It simplified our gaming accessibility to provide a great experience.

We have all had a Bluetooth game controller at least once in our lifetime. In simple words, our wireless joystick uses IoT. It helps us connect to our game console. And the game console has IoT sensors that connect you with your friends living halfway across the globe. For example, consider Free Fire. Where you chat with friends throughout the game.

IoT is truly a blessing to humankind. To achieve all the fiction that we saw in movies, IoT tracking sensors and other solutions are the only way to go.

Build with ♥ from 🇮🇳